Research finds a reduction in refractory intraretinal and subretinal fluid along with improvement in visual acuity after receipt of five biweekly doses.

This article was reviewed by Eric W. Schneider, MD

Dr. Schneider’s statement was based on a retrospective case series of 18 patients that found significant reduction in refractory intraretinal and subretinal fluid along with improvement in visual acuity after receipt of five biweekly doses. The gains achieved with biweekly dosing were reduced but not completely eliminated after patients returned to standard of care monthly dosing. No serious ocular or systemic safety events were noted during the study period.

“Our ability to make any definitive conclusions about the safety and efficacy of biweekly dosing to treat refractory nAMD is limited by the study design. It is a small, retrospective analysis utilizing various combinations of different anti-VEGF agents and biweekly dosing regimens,” said Dr. Schneider, private practice, Tennessee Retina, Nashville, TN.

“The results are encouraging, however, and have led us to initiate a prospective study (TRISTAR) investigating biweekly aflibercept (Eylea, Regeneron) in a similarly refractory patient population,” he added. “The study is currently fully enrolled with 22 patients with the last patient’s last visit expected in November.”

Dr. Schneider noted that the study was an outgrowth of frustration with his inability to completely dry the macula in a subset of patients with nAMD.  Despite aggressive monthly anti-VEGF therapy, persistent intra- and subretinal fluid remains a common challenge in treating patients with nAMD.

“We see evidence of this in our real-world clinical practices as well as in major clinical trials with all of the available anti-VEGF agents,” he said.

Dr. Schneider pointed out that there are limited options to escalate therapy in this refractory population.

For the current study, patients were identified through a billing record search for those diagnosed with exudative AMD having more than 10 claims for intravitreal injections over a 12-month period. The study included only patients with refractory nAMD receiving at least five consecutive biweekly (12-21 days) anti-VEGF injections with two week follow-up visits after the fifth biweekly injection, and a minimum of 12 months of follow-up after starting biweekly therapy.

For purposes of the study, refractory disease was defined as persistent intra-/subretinal fluid on spectral domain OCT after at least six consecutive monthly (28 to 35 days) anti-VEGF injections.

The primary outcome looked at changes in BCVA and multiple OCT-based anatomic metrics from baseline to the sixth visit, which was two weeks after the fifth biweekly injection. Secondary endpoints evaluated changes when patients had their final biweekly visit and their first standard of care visit, which was defined as the first visit at least four weeks after a prior injection.

The 18 patients who were included in the study had received standard anti-VEGF dosing for a mean of 35.4 months prior to beginning biweekly treatment. Approximately three-fourths of the patients had been treated with a combination of ranibizumab and aflibercept; only 5.6% had received standard dosing with bevacizumab monotherapy.

Mean Snellen BCVA at baseline was 20/82, mean central foveal thickness was 333.6 Î¼m, 28% of patients had intraretinal fluid, and subretinal fluid was present in 89% of eyes.
The mean number of biweekly injections for the group was 18.1 and the treatments were given at a mean interval of 16.5 days.

Related: OCTA may be harbinger of anti-VEGF efficacy

The analysis of anatomic outcomes showed statistically significant improvement in central subfield thickness (CST) and cube volume at the primary outcome visit and at the final biweekly visit. The improvement in CST was not sustained at the first standard of care visit.

Visual acuity also improved significantly at the primary outcome visit (sixth visit), reaching a mean of 20/51, but it worsened to 20/65 at the final biweekly visit and was 20/67 at the first standard of care visit. About 70% of patients maintained or gained vision and the majority gained at least one line of vision at all three assessments.

Eric W. Schneider, MD
E: eschneider@tnretina.com
This article is adapted from Dr. Chneider's presentation at the American Society of Retina Specialists annual meeting. Dr. Schneider is a consultant to and receives research grants from Regeneron. 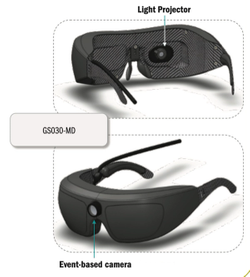 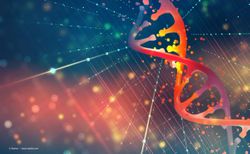