Nieraj Jain, MD, describes the investigations that led to the recent identification of this drug-related retinal toxicity and described the clinical features that support its diagnosis.

Ophthalmologists need to be aware that long-term use of pentosan polysulfate sodium (PPS; Elmiron, Janssen Pharmaceutical) is strongly associated with a vision-threatening maculopathy that masquerades as age-related macular degeneration (AMD) and pattern dystrophy, according to Nieraj Jain, MD.

Speaking at the American Academy of Ophthalmology 2019 Retina Subspecialty Day, Dr. Jain described the investigations that led to the recent identification of this drug-related retinal toxicity and described the clinical features that support its diagnosis. Noting that PPS was FDA approved in 1996 and is widely used to treat interstitial cystitis, a condition that is estimated to affect approximately 1 million adults in the United States,

Dr. Jain encouraged his colleagues to maintain an index of suspicion for PPS maculopathy going forward, but also to look back for cases that were misdiagnosed.

“We are all worried about missing another case of drug toxicity in the future, but I would like everyone to focus on the cases we have seen in the past,” said Dr. Jain, assistant professor, Emory Eye Center, Emory University, Atlanta, GA.

Dr. Jain explained that PPS has been on the market for 20 years and that most affected patients are already out there.

“If you have the capability of searching your electronic medical record, please do search for this drug and try to identify patients with this maculopathy,” he said.

The story of PPS maculopathy began when Dr. Jain saw a 61-year-old woman who had been diagnosed with pattern dystrophy.

“The case stumped me because while the patient had some features that could be called pattern dystrophy, she had no family history and molecular testing was unremarkable,” he explained. “When I looked at her medication history [which included seven drugs], the fact that she was on PPS stood out and brought to mind some other cases of maculopathy I had seen in patients on this drug.”

To investigate a possible drug-induced toxicity, Dr. Jain conducted a medical records search to identify patients he had seen over the past two years who were on PPS. Six patients were found, all had a similar maculopathy, and they were all being treated for interstitial cystitis.

Additional studies were then undertaken to explore the strength of the association between PPS and the maculopathy. First, a search was conducted of the Emory University database to identify patients with a diagnosis of interstitial cystitis and explore potential risk factors for maculopathy.

In this cohort of 219 patients, exposure to PPS was the only variable with a statistically significant association. Next, Dr. Jain and colleagues attempted to broaden their search by conducting an email survey sent to an online community of interstitial cystitis patients.

Analyzing the responses, they found that compared with patients unexposed to PPS, those having a ≥12-year history of exposure were significantly more likely to have seen a retina specialist in the past five years (~2-fold increased risk) and to have been diagnosed with macular degeneration (~2.4-fold increased risk).

Broadening their investigations even further, the researchers undertook a claims search using a national insurer’s database and conducted a matched cohort study to evaluate the odds of new macular disease diagnosed after starting PPS. They found a trend for an association between PPS use and developing a new diagnosis of macular disease in patients with a five-year exposure history and a statistically significant association among patients with a seven-year history of exposure to PPS.

A retrospective review of 35 cases seen at four centers provided insight about the clinical features of PPS maculopathy. Macular or pattern dystrophy (n = 15) and AMD (n = 10) were the most common presenting diagnoses in the group.

The median PPS intake duration was 14.5 years (range three to 22 years) and the median duration of visual symptoms was five years (range one to nine years). Although visual acuity was generally well-preserved, the patients were bothered by symptoms, most commonly blurred vision (48.6%) and prolonged dark adaption (43.8%).

“Fundus autofluorescence may be the best way of identifying this condition,” he said.

On fundus autofluorescence, most patients had an area of fairly well circumscribed disease in the posterior pole, although there was extension to the retinal periphery in about one-third of cases. Atrophy of the retinal pigment epithelium was present in about 40% of eyes, and it was center involving in 9%. Based on cases with serial follow-up, it appears that PPS maculopathy is a dynamic process that can evolve rapidly after onset. 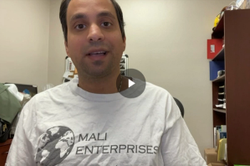