A mouse is not just a mouse

In AMD research, the experimental animals used are often young male mice. This is not optimal for the development of new treatments, as the disease most often affects the elderly – and women. 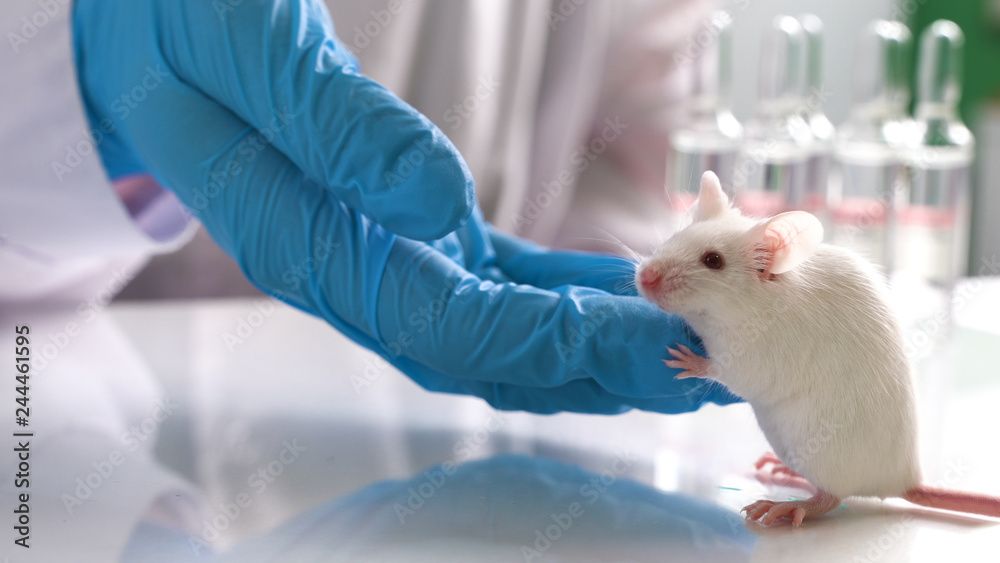 Age-related Macular Degeneration (AMD) is the most frequent cause of vision loss and blindness among elderly people in the Western world.

The most aggressive form is so-called ‘wet AMD’ – a disease in which the formation of new blood vessels in the underlying choroid of the retina results in fluid and swelling in the eye.

In a new study from Aarhus University which has just been published in the scientific journal Investigative Ophthalmology & Visual Science (IOVS), the authors have examined the past five years of studies in a model for the disease corresponding to 380 scientific articles. Research into the mechanisms behind the disease – and thus the development of new treatment modalities – is often based on laboratory animals, in which new blood vessels are artificially created in the retina, typically using lasers.

According to an Aarhus University news release, the review of the many studies shows an imbalance in the use of laboratory animals; researchers usually choose to use young, healthy male mice, even though they know that both the sex and the age of the mice play a role in the degree of vessel formation.

Bjørn K. Fabian-Jessing, MD, a PhD student who is first author on the study, noted that it is predominantly young, healthy, male mice that are used for research on this type of vessel formation.

“This makes sense from an ethical, financial and time perspective, as mice are inexpensive compared with larger laboratory animals, and the studies can be carried out relatively quickly,” he said in the university news release. “The biological variation can also be limited. However, AMD is a disease that most frequently occurs in the elderly population, and the disease occurs just as frequently in women – perhaps even slightly more frequently, when you look at ‘wet AMD.’”

Previous studies have shown a discrepancy between the treatment effects seen in animal studies and in clinical trials in humans.

“We are apparently seeing a ‘translational gap,’ because research does not take place in the most relevant animal model,” Fabian-Jessing in a statement. “Greater biological variation could be achieved by, for example, using more female mice and/or older animals. This would probably boost the possibility of translating the research to clinical trials – and perhaps, ultimately, reduce the number of laboratory animals, as the results from the preclinical animal testing would in that case be easier to extrapolate.”

In addition to describing the animal models, the article also focuses on the degree of reporting.

“We can see that many studies fail to report important variables, such as how many mice have been used,” Fabian-Jessing said in the statement. “This makes it difficult to compare studies and assess the value of the results. This is worrying, because it makes it impossible to reproduce the results, and this diminishes their reliability.”

The university news release noted that data in the area of the eye has not previously been collected and synthesized in this way.

“The new study calls for the development and updating of the guidelines for these animal models,” Fabian-Jessing explained. He is backed up by Professor Thomas Corydon, who is also behind the study:

“The implementation of concrete guidelines will improve the quality, value and comparability of animal testing, which will naturally be of great benefit to the research, understanding and future treatment of eye diseases,” Thomas Corydon added in the release.

He encourages leading researchers in the area to draw up consensus-based guidelines, as has previously been done for preclinical research in other medical specialties.

Corydon explained that the implementation of higher methodological standards, greater biological variability within the animal models and a greater degree of relevant, detailed reporting will result in higher-quality research, which will be more directly comparable.

“In this way, the overall research field can work better in the same direction – to the benefit of the patients, and perhaps with the help of less laboratory animals, as there will be fewer wasted experiments,” Corydon concluded.